Ensuring good health of your child is far more the most important issue for most of the caring parents all around the globe. You would scarcely find any parents who are not concerned with the well-being of their children. In a child’s healthy growth process, different vitamins play different roles. 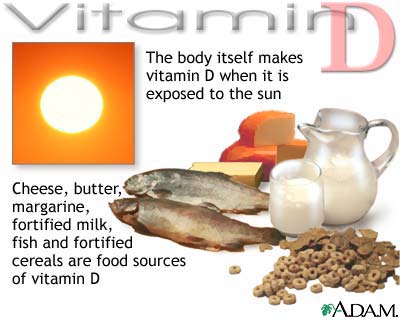 According to Frank R. Greer, M.D., FAAP, professor of pediatrics at University of Wisconsin School of Medicine and Public Health, “There is epidemiologic evidence that vitamin D not only makes for strong bones, but may play a role in preventing some chronic diseases later in life, including those involving the immune and cardiovascular systems.” Vitamin D is not necessary for bone development alone, but it is similarly essential for retaining and absorbing calcium and phosphorus.

The Right Amount Of Vitamin D For Children

It is necessary for your child to get the right amount of vitamin D, but does food alone can provide it, is the main concern. Dairy products are considered the main source of vitamin D. Besides food, sunlight is another vital source to get vitamin D. However, studies conducted by the American Academy of Pediatrics (AAP) proposed that children do not get the required amount of vitamin D from these sources: http://www.healthychildren.org/English/healthy-living/nutrition/pages/Vitamin-D-On-the-Double.aspx

It has also been found that the previous standards considered as normal levels of vitamin D are not enough. As put by Carol Wagner, M.D., FAAP, professor of pediatrics at the Medical University of South Carolina, “We know more about vitamin D than we did even five years ago. Because of lifestyle changes and sunscreen usage, the majority of the population shows signs of deficiency as determined by measured vitamin D levels in blood.”

Recently, AAP has raised the daily calcium intake requirement from 200 IU to 400 IU. Dr. Greer, chair of the AAP Committee on Nutrition and co-author of the AAP’s clinical report on vitamin D says in this regard, “We are doubling the recommended amount of vitamin D children need each day because evidence has shown this could have life-long health benefits.” He further adds, “Supplementation is important because most children will not get enough vitamin D through diet alone.”

Some children are stricken by vitamin D deficiency. There could be several reasons of this deficiency:

To prevent vitamin D deficiency, it is recommended that a balanced diet be utilized; it would be better if dairy products are included in daily diet plans. Spend more hours in sunlight than indoors. Do not ignore any health condition, especially when you feel pain in the body.

Shop for your Kids